Welcome to Universal Warning Records! We are an independent record label and production company featuring various ala' cart services ranging from audio and video production to digital and physical distribution. Music is our first love and we work with a broad net-work of regional and national artists. Below are some recent projects we either put out or are developing. Please drop us a line with any questions or check out the various links for our releases, information, or pricing on projects.


We hope everyone out there in the underground is doing well and holding it down! For your viewing distraction - here is a little audio visual detour we shot and produced for the Legendary CREEP RECORDS! Take a ride through the mayhem of our favorite holiday in a flash back to 2019's Record Store Day, and be sure to to check out the shop next time you find yourself in Philadelphia!

Ladies and gentlemen ( drum roll ) via the way of of good pal Joe Queer comes the answer to everyone's burning existential questions.... presenting the one and only... Jack and The Me Offs! That's right folks a new energy has entered the house, in the form of 3 college dudes hailing from dirty Jersey who are ripping the sweetest of sweet pop punk tunes that appeal to the masses, with 100% adolescent humor included! Recorded and Produced by the legendary Joe Queer, he had this to say: "If you took a unilateral triangle with equal parts Screeching Weasel, MTX and The Queers you'd find Jack and the Me Offs. They could have easily run with the big dogs on Lookout Records back in the mid 90's. Start to finish one of the best pop punk albums in the past few years.” 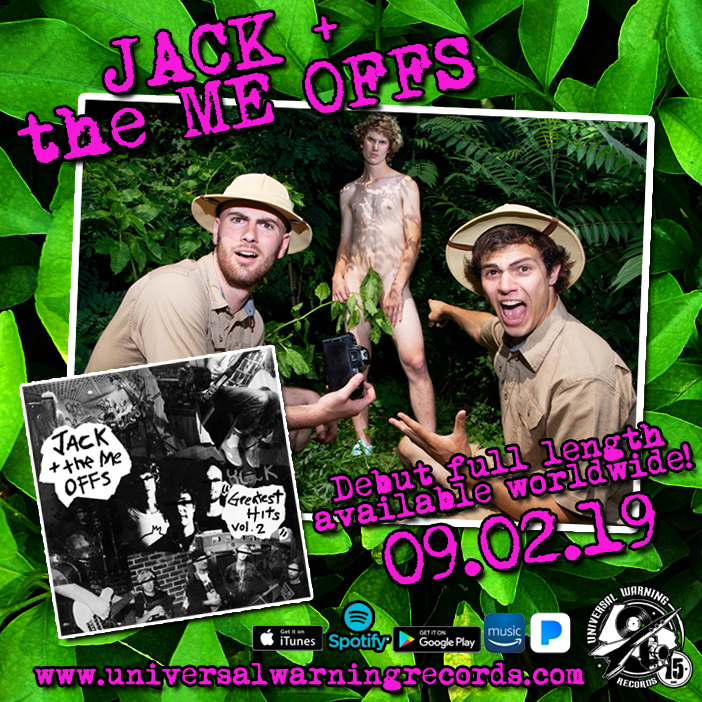 Goddamn kids, it's been almost two years to since our last official update! Long and short is that the our sister label Fast Break! Records has basically broken off deep and all the record pressing and heavy lifting has been being applied to independent artists that are actually charting! Can't believe I wrote that, but It's a cool thing to see - however, the workload has been insane. When time was available we moved into video production very heavily and started several long term projects that we are shopping to television outlets. Lifestyle stuff that involves vintage cars and bikes. All super fun shit. Anyway, so that brings us to Sept 19th 2018 in case you happen to have been paying attention. So, we are moving back into music releases for a bit hopefully some insane shit will be announced later this year - until then, we're super psyched to announce this! 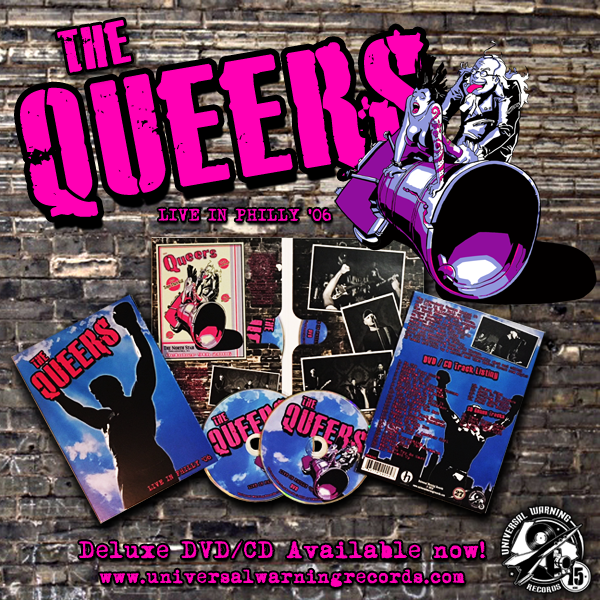 This DVD/CD combo features the ultra HQ multichannel board audio, both mixed and mastered by Philly Punk Rock Recording Icon - Arik Victor of Creep Records. The DVD features a 3 camera professionally shot and edited 33 track set. Yes you read all of that correctly. This is the full concert of the 06' Vinyl release we did that featured only 22 tracks. The Never before seen video is awesome and 100% a ton of fun. Big shout out to Joe and Captain Mike for the positive vibes in making part of our vast video archive begin to see the light of day once again!

Fall is here in SE/PA 2016 style and we are psyched to announce a new album that is sure to warm the coals in those dead hearts out there. This project hits close to home on the nostalgia factor as both bands on this split share front men from early Universal Warning bands. One being Andrew Low of Snakes and Music / the Jazz June and the other Mike Neff from the first band that ever signed to UW all the way back in 2002 - Manalive! Welcome Uncle Hunter and The Buffalo and The Get Together as they join us in their story. 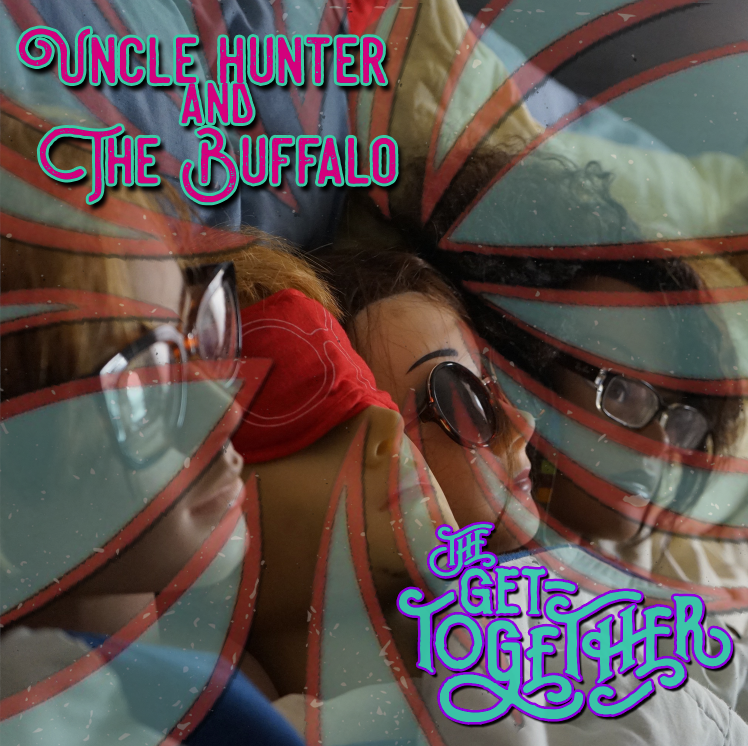 On May 12th, 2001 a small crew of 4 members launched a mission to discover, create and release some of the best underground music and video known to man. The journey has not been without casualties, however today we have arrived 15 years in the future, and the mission continues. We'd personally like to thank all the bands, labels and anyone else that we have ever worked with that has shown support or believed in what we do, and most importantly anyone who has ever actively listened to or viewed any of the music or video we have released over the years. 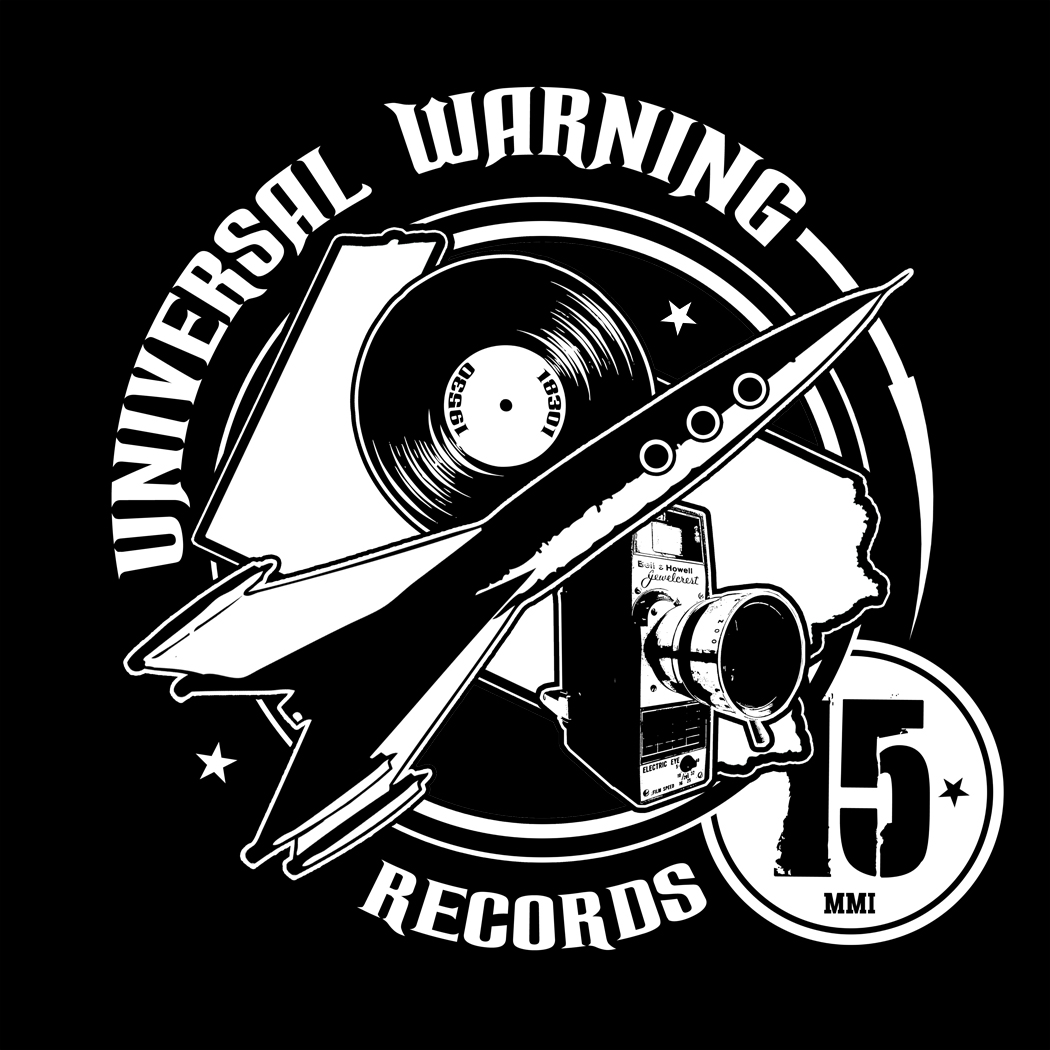 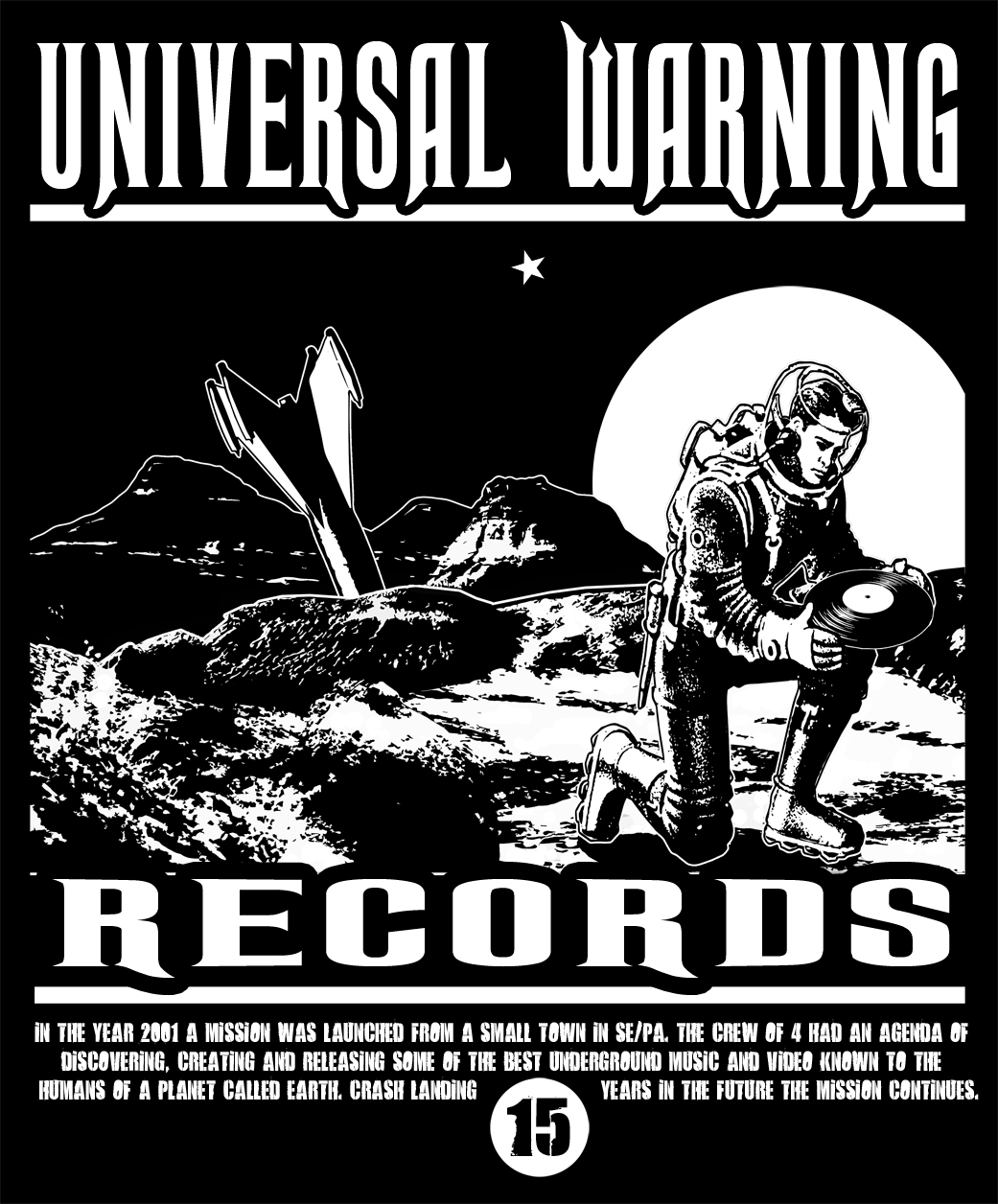 2016 is officially here and your friends here at UW are still standing! It's been an interesting 15 year run, and run we shall. As some of you may have noticed our music releases have slimmed down a bit, this has been due mainly to the fact that our sister label Fast Break! Records has taken off and has been requiring more and more of our time - that being said our focus for UW has been to develop our video production services further, in addition to our music related services. We'll undoubtedly have some new music releases in the future, but until then enjoy our latest production from the kings of Pennsylvania Hardcore. This video was a blast to create, from concept development to videography to editing.. Much respect to Wisdom In Chains for their continued support of UW.

We hope everyones year is off to a great start - There is some serious nostalgia about to break off here in SE/PA, completing a circle of life type stuff - going all the way back to the origins of UW. So to say our year is about to get better is an understatement. Close to 14 years after the beginning of this ride we have a project to announce that has a very special place in our hearts. Having shared the same college town as The Jazz June in the mid-late 90's, we were a younger band that looked up to them before we were a label. Later when Universal Warning began to take shape in early 2000, the Jazz June was cool enough to give us two brand new studio tracks to add to our first commercial release - a compilation of regional PA indie / punk bands. Those two tracks enabled UW to secure distribution with Revelation Records which lead to a bunch of other life changing stuff which ultimately allowed us to become a "real" label among other things. We owe so much to the Jazz June, and not just for supplying a sound track for a significant portion of our lives. It's truly an honor being part of bringing such an important part of underground music back into print. Looking back at my 22 year old self, I could have never dream of releasing a Jazz June record - let alone their whole catalog. We hope these recordings bring back as many great memories as we have had listening to them on this crazy journey we call life. - TEAM UW 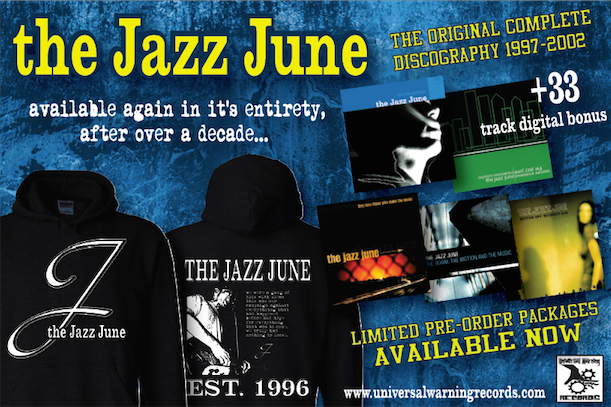 And last but not least for 2014 we're excited to introduce a brand new side project from some of SEPA's best! On No Summer's self-titled debut EP, Spencer Dorsey of Jumper Cable is joined by Beach Slang's JP Flexner on drums and Plow United's Joel Tennenbaum on bass. Check below for No Summers debut music video for their first single - " Throwing It All Of The Roof " which takes us on a journey to our collective forgotten pasts. 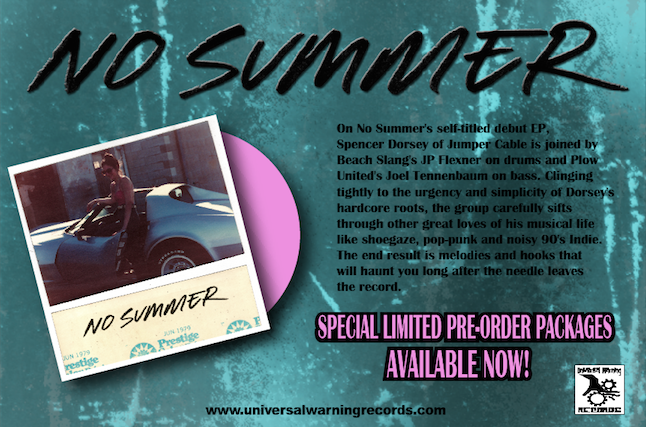 Universal Warning recently teamed up with Paper + Plastic for the new CD release of New Jerseys indie pop power house, ASPIGA. "What Happened To You?" Is a pure ride into the aural parallels of the Mid 90's underground sounds, without sounding derivative based. Think Superchunk meets Jawbreaker as piers, not fans. 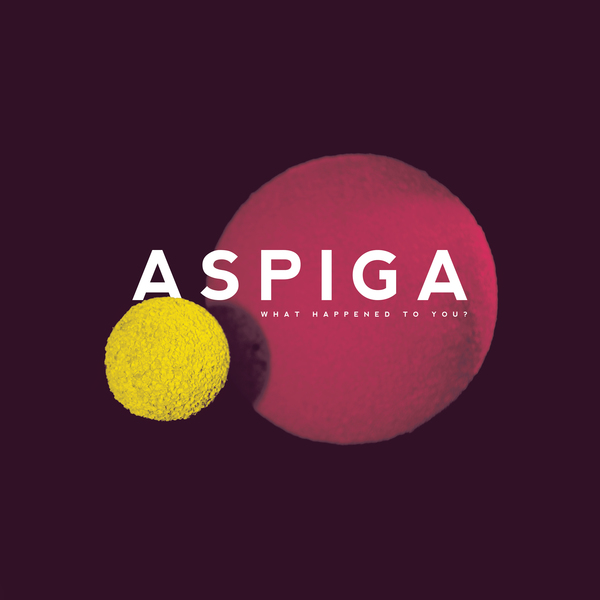 Universal Warning Records would like to proudly announce one of the best bands we have had the pleasure to stumble upon in the last 10 years. And what makes that even better? We are lucky enough to be working with them. Call it post hardcore, post shoe gaze, or progressive rock - Echoes bleeds an atmospheric brand of heavy music that creates a soudscape of intricate paths that lead to tsunami style swirling waves of crashing guitar and drums. A true epic of an album in every sense of the word. 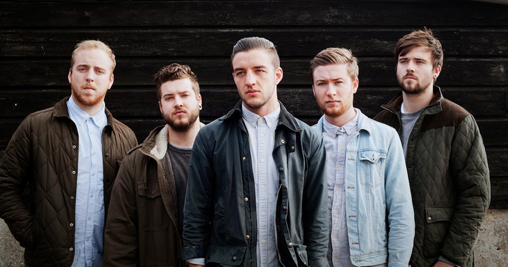 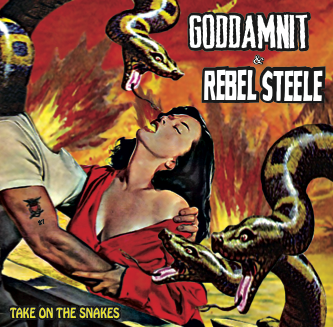 Inside cover - a board style drinking adventure game! Not for the faint of heart!

Karl Buechner from Earth Crisis opens it up on the debut video from his new hard-core super group Vehement Serenade. Set to the back drop in the urban ruins of Detroit, devlish images come to life that parallel Karl's lyrics. Universal Warning worked closely with producers Mike Cools and Jamin Hunt as they used an independent video crew in Detroit to capture the raw footage. Universal Warning picked up the ball with editing and post, polishing the producers vision. Enjoy! 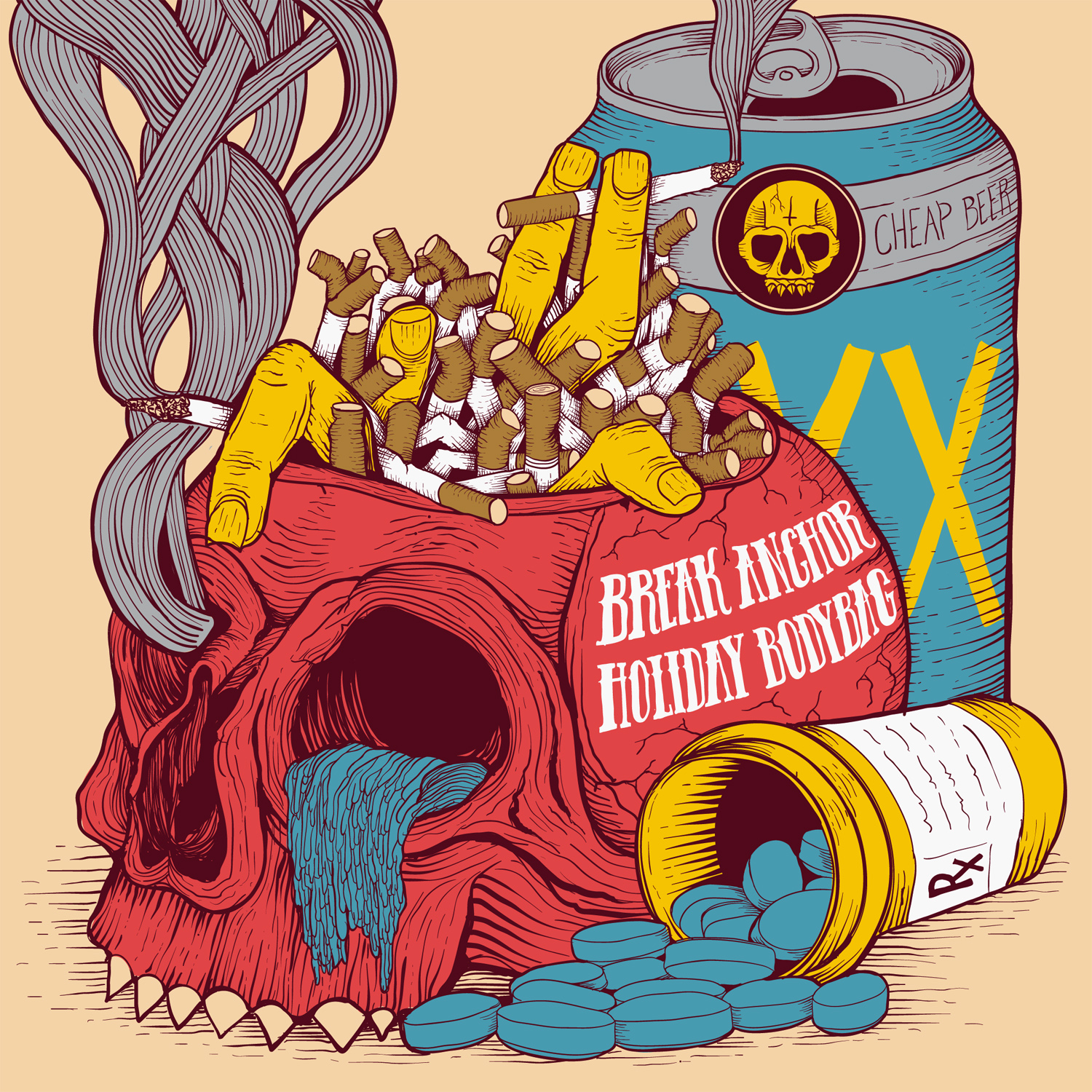